One of the most vital components of a computer system is the Motherboard. It contains many essential parts of a computer, such as the memory, connectors for input and output devices, and the central processor unit (CPU). In this article, the most frequently asked question is, what will Motherboard be answered? A motherboard includes slots, sockets, and circuits for connecting other components. Different components, including RAM, USB slots, ROM, and other parts, are linked to the Motherboard.

Where is the motherboard present in the PC?

The input/output slots, USB slots, and parallel ports are installed on integrated motherboards. Directly attached to the motherboard are the connectors for the various devices, including the hard drive connector and the floppy disc drive connector. This configuration makes excellent space savings inside the system. Integrated circuit boards are less expensive.

A motherboard with parts has the components built right into the board. These might include a CPU, a graphics card, a sound card, and controller cards. Today, every motherboard is integrated. These motherboard models don’t require an extra expansion card because they have all the interfaces and sockets. Along with their variety of features, they also offer accessibility, quick speed, and affordability.

Traditional motherboards were primarily created without integration. This motherboard type didn’t directly support the I/O port, CD drive, and other connectors. Utilize the extension board to attach the connectors on those motherboard types, leaving more room for additional expansion cards. This kind of motherboard is the primitive kind and is utilized for applications in both the home and the workplace.

The main disadvantages of using this motherboard are its high price and inefficient use of space. Each device’s slots and other connectors must be fitted separately, so it is more expensive than an integrated board. This type of system board’s flexibility in replacing defective parts is its main benefit. If an expansion card is faulty, it is simple to replace it.

The form factor serves as a basic standard for motherboards and specifies the type of chassis, the location of specific components, and the power supply. There are different types of motherboard form factors available. Some of those types are given as follows,

ATX stands for advanced technology extended. It was an upgraded version of a previous AT Motherboard that Intel created in the 1990s. The Micro-ATX Motherboard is a more compact motherboard that uses less power and space overall, making it more affordable. There are only a maximum of four Express expansion slots on Micro ATX motherboards. It contains four RAM slots, the same memory slots as the ATX.

“Advanced Technology” is abbreviated as AT. The IBM Company first released the AT Motherboard, a classic motherboard, in the 1980s. These motherboards are not appropriate for the mini desktop category of PCs since they have larger physical dimensions that range in hundreds of millimeters. An additional barrier to installing new drivers is the larger physical size. In these motherboards, the power connectors come in sockets and six-pin plugs.

Western Digital created the LPX motherboard, “Low Profile Extension,” in 1987. Riser cards are used by LPX motherboards and contain a variety of slots for video and PS/2 interfaces. Due to its compact size, the LPX motherboard takes up very little space. There were two upgrades from the previous boards. The first is the relocation of the input and output ports, and the second is adding the Riser card to allow for more slots and a more superficial connection.

An ATX-derived motherboard form type is called FlexATX. In 1999, Intel introduced the specification to the ATX specification. It employs the same I/O plate arrangement as ATX. Due to its tiny size, Flex-ATX mainly engages in personal computers that employ lopping technologies. Due to its compact size, Flex ATX can be used in HTPCs and other tiny form-factor PCs. This Motherboard was inexpensive but was not widely known in the computer business.

In 2001, VIA created the mini ITX motherboard, thinner than other models that use regular motherboards. A small motherboard configuration called Mini-ITX is intended to support reasonably affordable computers in tight locations like vehicles and network equipment. Due to their layout’s lower power consumption, mini ITX motherboards become less hot. These motherboards are better for home cinema systems because they lower fan noise and improve image quality.

A compact version of the IBM PC/original AT’s motherboard. The Baby AT was first introduced in 1987, reducing its width from 12 inches to 8.5 inches. Baby AT Motherboards only had one keyboard connector, DIN, but if users wanted to connect to other devices, an expansion slot was available. This lets users attach additional cards while gaining access to their different features and benefits. Pentium 3 and Pentium 4 are two examples of baby AT motherboards.

The main reason or function of the Motherboard in a computer are given as follows;

The Motherboard is a circuit board installed in a computer system and serves as the point of connection for all of the system’s components. In this article, we have discussed what Motherboard is. And there are different types of motherboards given in the article so you can have a better understanding of motherboards. The Motherboard comes in various configurations so you can choose according to price, needs, specifications, and speed. 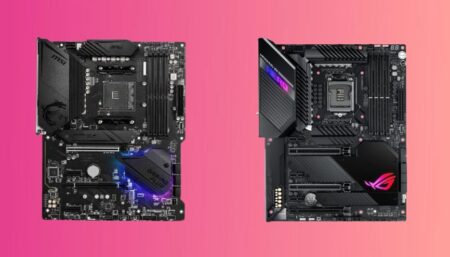 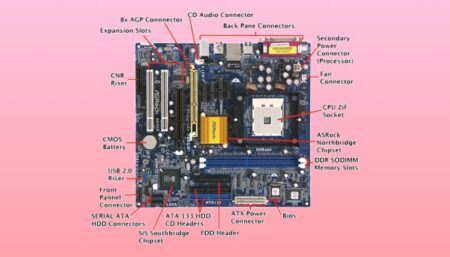 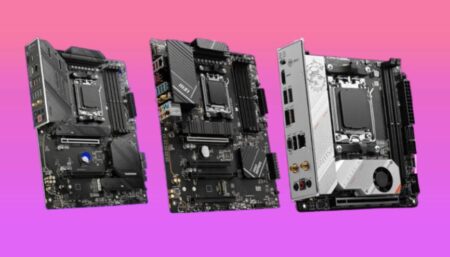