The graphics card you choose for your gaming computer is crucial if you plan to build or purchase one. Your decision might be challenging because there are numerous manufacturers and variations of each graphics card to consider. This requires learning to interpret the figures and figuring out what matters are the two most critical skills when selecting a graphics card. Do you need extra graphics processing unit (GPU) cores or more VRAM? What role does cooling play? Let’s answer all these questions.

Intel versus AMD versus Nvidia

AMD and Nvidia are the primary brands to choose from when purchasing a new graphics card. These two market leaders offer the most potent cards, and even their entry-level models are made with HD gaming in mind. Most people associate Intel with its built-in or onboard GPUs. The processors that come with it aren’t exactly made for gaming in the same way. They can do it, but independent games and older games are where they shine.

However, the debut of Intel’s separate Intel Arc graphics cards later this year may soon change this. Intel will eventually enter the do-it-yourself (DIY) PC industry, starting with laptop solutions, and provide desktop graphics cards for every builder to consider. In the latter half of 2022, if you’re thinking about building a PC, you’ll be able to choose Intel Arc Alchemist as a competitive alternative to AMD and Nvidia. Many different GPUs are available, but your choices are still limited to those two manufacturers.

When selecting a graphics card, there are more options than just brand, but AMD and Nvidia offer some distinctive qualities that are particular to their hardware. Monitors that only support AMD FreeSync will still function with Nvidia even though Nvidia cards have exclusive support for G-Sync technology and integrate well with GeForce Now. Another option is deep learning super sampling (DLSS), which has demonstrated its ability to bring substantial performance gains to an expanding number of supporting games.

Nvidia initially supported Ray tracing, but AMD now provides access to that technique. Your results with an AMD Radeon card may vary, albeit Nvidia has had a significant advantage in ray tracing. Nvidia also produces the most potent graphics cards currently on the market. If one is available, the flagship RTX 3080 is a 4K behemoth. Even though the RTX 3090 is more impressive, it costs much more than some people are willing to pay. The 3090 Ti is a complete beast for gaming and various creative workflows.

Even though both CPUs and graphics cards have processor “cores” at their core, the jobs they do varies, and as a result, so does the number of cores on each. CPUs must be robust, all-purpose computers, but GPUs are made to perform many concurrent yet straightforward tasks simultaneously. Because of this, GPUs contain hundreds or thousands of cores, while CPUs only have a few. Though other elements at work can minimize that, more is typically better.

A card with somewhat fewer cores will have a higher clock speed (more later), improving performance even above that of cards with more cores, though this is uncommon. Because of this, individual graphics card reviews and head-to-head comparisons are crucial.GPU cores, also known as CUDA cores for Nvidia GPUs and stream processors for AMD graphics cards, are built slightly differently depending on the GPU architecture.

As a result, the core counts of AMD and Nvidia are not really comparable, at least not just numerically. The higher-end card in our comparison test between the RTX 3080 Ti and the RTX 3080 was able to output over 100 frames per second (fps) in Battlefield V, although to be fair, the RTX 3080 was not far behind with an average of 100 fps. Additionally, we compared the GPUs to AMD’s top model, the Radeon RX 6900 XT, and discovered that it delivered the best performance of all three at 106 frames per second.

But you may contrast each product line separately. For instance, the RTX 3080 has 8,704 CUDA cores whereas the RTX 3090 has 10,496. The 2080 Ti has roughly 4,300 CUDA cores, which is half of what the 3080 has. But because these two GPU generations are different from one another, just though the 3080 has twice as many CUDA cores don’t mean it performs twice as well. So let’s break down the cuda processes and perform a general calculation depending on it.

Every graphics card needs its dedicated memory, commonly referred to as video RAM (VRAM), just like every PC. However, VRAM is a reasonably antiquated term that has been reused for its present, everyday meaning. The most typical listing for memory is in gigabytes of GDDR, followed by a generation number. There are currently graphics cards featuring GDRR5, albeit most recent GPUs go from 4GB to 24GB of GDDR6X. High bandwidth memory is another type of memory that provides better performance but at a higher cost and heat output.

Even though it is a less significant indicator of performance than core counts, VRAM is nevertheless a crucial factor in graphics cards. High-resolution graphics and other in-game aspects depend on it since it influences how much information the GPU can cache before processing. For most games, 4GB of VRAM will be adequate if you want to play on medium settings at 1080p, but if you’re going to turn the intensity up, it won’t cut it.

The clock speed of the cores and memory is the additional component in the GPU performance puzzle. The card’s total number of complete calculation cycles per second is this, and this is where any core or memory count discrepancy can be, in some situations, dramatically closed. The most significant influence is also made there by individuals trying to overclock their graphics cards. Base clock and boost clock are the most commonly used measures to describe clock speed.
The card will attempt to run at the boost clock when it is under heavy load, while the former is the lowest clock speed it should operate at. It might not be able to reach that clock frequently or for long periods, though, due to thermal and power requirements. Because of this, AMD cards also list a game clock, which is a better indicator of the average clock speed you may anticipate when gaming.

One of the most challenging aspects of purchasing a new PC is choosing a graphics card. If you’re unfamiliar with GPUs, there is a lot to learn. Generally speaking, you should replace your graphics card every four to five years, though a high-end GPU might last you a little longer. Even if cost is a critical factor in your decision, consider the performance and memory you require. Additionally, consider that your computer’s CPU might also need an upgrade. Because even the best GPU is only as good as the CPU, it works with. 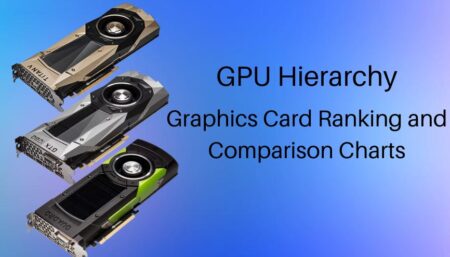 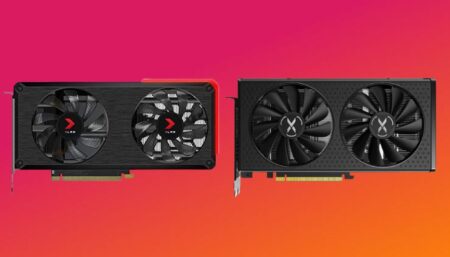 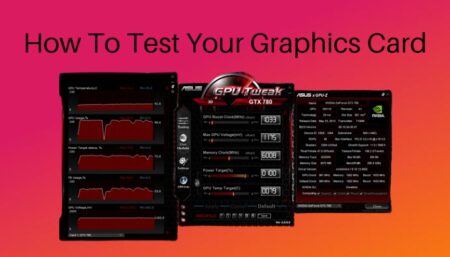